Take Your Safety Program to the Next Level

We all want to take our safety program to the next level.

There is no greater way to learn about safety than from someone who has already done that in a big way.  Doug captivates people from the shop floor to the top floor. Doug will have instant credibility in your organization on the topic of safety from the front line to the executive suite.

Doug has incredible and fascinating safety stories to tell because he has lived them, and led people to achieve dramatic improvement in safety.

Doug’s previous company earned the honor of being one of America’s Safest Companies and Doug was selected as one of 50 people who most influenced Safety in America.

He is called often to speak on safety – and he has a message that will challenge all in your organization.

"We all must be on the same side of safety as the people facing the hazards."

Doug takes the time to learn your organization, understand your challenges and specifically builds his talk to address your exact safety needs. He will spend time in your operations observing, learning and coaching. Doug combines your specific safety needs with his unique stories and principles. 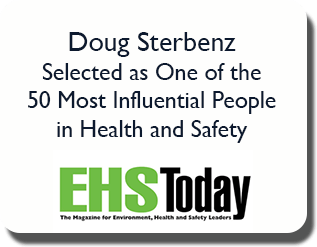 “Doug took the time and effort to learn about us and prepare his message just for us. He was the best we have seen.”

Doug provides his book, “The Secret Ingredient to Safety Excellence” to each person in your audience.

All parents have hired a babysitter. Doug relates to your audience with this familiar concept and points out the difference between a parent and babysitter. He drives home the point that safety programs need people more like parents and less like babysitters.  This simple and funny story brings your expectations of safety to light.

The audience leaves with a greater sense of responsibility for safety of self and others.

Effective Safety leadership is dependent on leaders caring about people. Many business leaders see through the numbers lens; reliability numbers, productivity numbers, financial numbers, and so on. Numbers are important but they also can be cold and give the appearance that the leader is uncaring. Everybody remembers the injuries to people long after they remember the numbers.  Leaders must show that while numbers are important, people are more important.
Doug shows your leaders how to demonstrate how much they care about the people, while still maintaining the numbers.

We have all heard that safety and productivity go together.  Why wouldn’t we be automatically committed to something as simple as safety?  Why is this commitment thing so hard for us? Doug inspires your leaders with his story of how he became committed to safety.

After hearing and seeing Doug’s story, your leaders will follow his path.

Your audience will learn how to correct any violations of this integrity. 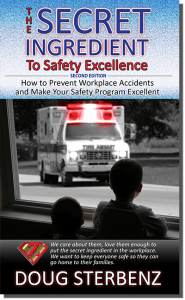 Doug's published manual on how to achieve workplace safety excellence

I simply spoke these words, “I will never trade your health and well-being for getting the lights back on or generating electricity.” I don’t know exactly where those words came from. I didn’t plan to say them. They weren’t formed during an executive off-site strategy session and I certainly didn’t… 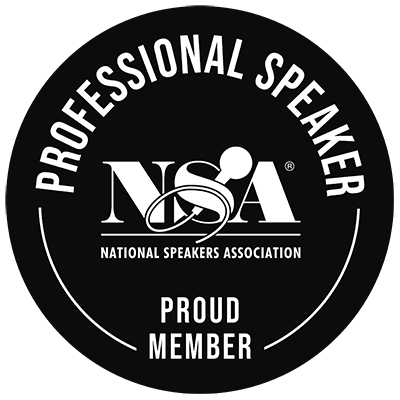